The National Water and Climate Center (NWCC), located in Portland, Oregon, supports the Snow Survey and Water Supply Forecasting Program and Soil Climate Analysis Network (SCAN) Program. As part of the USDA's Natural Resources Conservation Service, the NWCC is responsible for producing and disseminating accurate and reliable water supply forecasts and other climatic data to its wide variety of users.

In 1991, the National Water and Climate Center instituted a pilot Soil Climate Analysis Network (SCAN) project. SCAN stations monitor and report soil moisture, soil temperature, and other climate data at over 200 sites across the U.S.  More recently, the Tribal Soil Climate Analysis Network (Tribal SCAN) was developed to serve Tribal lands throughout the U.S.   SCAN and TSCAN data are also incorporated into the Water and Climate Information System.

In addition to supporting the SSWSF Program and SCAN Pilot Programs, the NWCC is responsible for ensuring the data in the Water and Climate Information System database is continuously available to users. An extensive internet delivery system provides data in raw format as well as processed into reports, maps, graphs, charts, and other tools.

View All Data and Reports

View All Guides and Instructions

View All Education and Teaching Materials

Center staff administer the SSWSF program, including the Water and Climate Information System.

The overall purpose of this handbook is to aid personnel of the Bureau of Land Management, Forest Service, and National Park Service--and other federal, state, and private wildland resource agencies--in obtaining needed, reliable weather data. 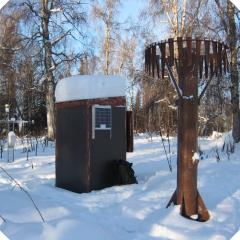 USDA has a long-term partnership with the PRISM Climate Group at Oregon State University. PRISM is a technique that uses point data in conjunction with a digital elevation model to create gridded datasets of precipitation and temperature for the U.S.

Information for adapting to climate change.