A statistical survey of land use and natural resource conditions and trends on U.S. non-Federal lands. 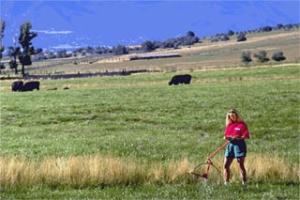 The National Resources Inventory (NRI) program collects and produces scientifically credible information on the status, condition, and trends of land, soil, water, and related resources on the Nation’s non-federal lands in support of efforts to protect, restore, and enhance the lands and waters of the United States. It was initially mandated by the Rural Development Act of 1972 (P.L. 92-419) to conduct a “land inventory reflecting soil, water, and related resource conditions.” It requires assessments of resource quantity and quality, as well as change and trends, allowing for regular resource appraisals on the effectiveness of soil and water conservation practices, irrigation techniques, and farming technologies, techniques, and practices.  The NRI is conducted by the U.S. Department of Agriculture’s Natural Resources Conservation Service (NRCS), in cooperation with Iowa State University’s Center for Survey Statistics and Methodology.

The NRI sample is a stratified area sample of 49 States (excludes Alaska), Puerto Rico, and the Virgin Islands. Its primary sampling units (PSUs) are areas of land called “segments”, within which detailed data on soil properties and land use are collected at a random sample of points. The resulting database is a longitudinal data set containing variables from 1982, 1987, 1992, 1997, and annually from 2000 through 2017. Annual collections after 2000 are subsamples of about 72,000 segments selected from the 1997 iteration. Each year approximately half of those segments, called “core segments,” are included in the sample each year, while the other half are changed from year to year.

The location of NRI segments and points used to create the estimates and other identifying details are confidential information as mandated by law, 7 USC 2276, and interpretive policy delineated in NRCS General Manual Title 290, Part 400.11, B(4) in Appendix A.

NRCS documents the effects of conservation practices and systems so that better decisions can be made and risk is managed more effectively.  NRCS cooperates with other Federal and State agencies and conservation partners to collect and analyze natural resource data. 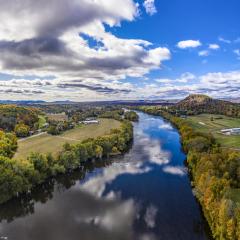