Harvest Moon Farm and Flowers is a blooming business. See how a Seasonal High Tunnel helps a flower business grow

Jessica Gates knew she wanted to farm at an early age.

She dreamed of growing food and studied Sustainable Agriculture and Environmental Science in college. While at the University of Tennessee, an internship program opened her eyes to something different. Interns drew crops out of a hat, and they had to learn to grow them. She drew herbs, beans, and flowers. As she started growing flowers, she fell in love with them. 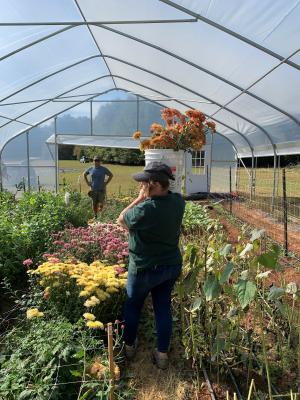 While she continued to grow multiple crops, she shifted her focus to flowers and realized they were quite profitable. Shortly after college, Jessica moved to South Carolina and she and her husband Michael bought 11 acres. She knew exactly what she wanted to do.

“I learned about NRCS through my internship program at UT Knoxville,” said Jessica. “I worked on the school’s organic farm and took plant science classes. We also discussed the programs at Greenville Tech when I was in the Sustainable Agriculture program. I knew as soon as we purchased the farm I was going to apply.”

“It has allowed us to extend our growing season with earlier blooming varieties in the Fall, as well as grow varieties that do not perform well in the field, such as Lisianthus, which is a high value crop for us,” Jessica said.

Production is important to her thriving farm. She started small, selling her flowers at a local grocery store. Progress was slow, so she left the environmental firm she was working for to focus on the budding business she was passionate about. 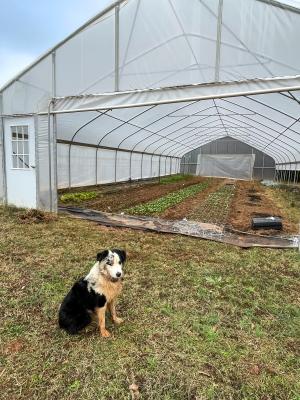 Her dreams really began to bloom when her husband decided to leave his corporate job during Covid. He and Jessica used this time to jumpstart production at the Harvest Moon Farm and Flowers and grow their operation. With improved production, she applied to be a vendor at the Greenville Downtown Market, a difficult place to get a spot, and her opportunities expanded.  She now designs wedding flowers and provides product for several local florists. All of this within the first five years of farming.

Michael has since returned to his previous career but helps to maintain what they built.

Jessica’s creativity and hard work built a thriving business from a humble start of four rows of flowers to where she is today, but she credits Lynne and the NRCS with helping her to grow her dream. She has advice for new and beginning farmers.

“Explore the funding opportunities with NRCS, several of which have greater benefits for new and beginning farmers. The (EQIP) program helped us to fund a tunnel we wouldn’t have been able to afford for several years.”

“Also, think long term with initial investments and choose ones that will have a long-term benefit to your operation, even if they cost more upfront. I also would say the same about crop choice, are there crops that need a few years to mature that you can plant now?”

To find out how NRCS can help you grow your agricultural dreams, visit your local service center 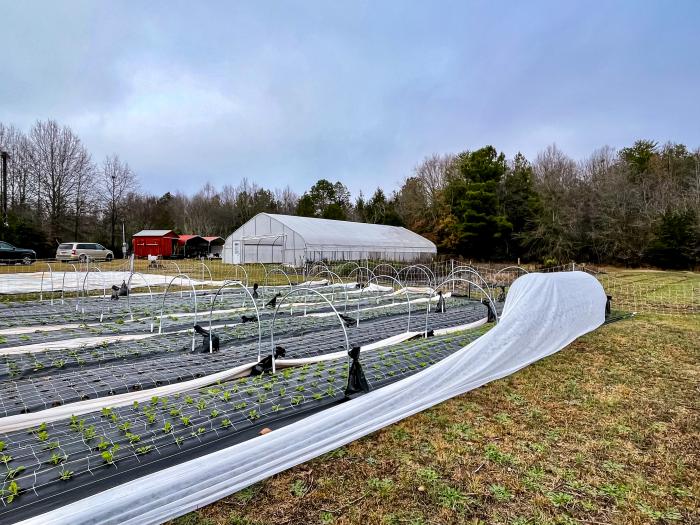