Kershaw County educator, Dr. Barbara Briggs left a legacy in the classroom. In retirement, Barbara is leaving a legacy of Longleaf Pines

A young girl, Barbara Briggs worked on her grandparent’s farm in Virginia but left the farm at eight. The farm did not leave her.

She worked alongside her grandparents’ 14 children and grandchildren and learned to love the agrarian lifestyle.

Barbara’s parents moved to New Jersey for better opportunities when she was just eight years old. Barbara took advantage of some of these opportunities and grew up to be Dr. Barbara Briggs, an educator and eventual school principal.

The calling to be a farmer brought her back South.

“My mother and father thought was the craziest thing because they had worked so hard to move the family and then you know their daughter comes back to the South and not only not to Virginia further South to South Carolina.”

In 1983, Barbara moved to Bethune to pursue farming while continuing to work in education. Her recollection of the sale of timber on her grandparent’s farm inspired her to grow trees. A lifelong educator, she became a diligent student learning about forestry.

“I thought we had this open land that I could put trees on it because that didn't require working every day and whatever and eventually the trees would grow, and we could sell them for money so that's when I started exploring.”

She met Bob Ford, then the County Forester for South Carolina Forestry Commission (SCFC.) The SCFC partners with NRCS to write Forest Management Plans for landowners and to provide expertise. It was through Ford, she gained more knowledge about native species. She pursued something that wasn’t popular at the time; longleaf pines. Though longleaf pines once covered the region, they fell out of favor in the middle of the 20th Century. Loblolly was the more popular choice due to its quick growing cycle that brings timber to the market faster.

Few people in the area understood why she wanted to pursue longleaf, and it was difficult for her to get information. Determined to grow longleaf, when most people are looking at retiring into the sunset, she set off to prep the land, and began handplanting trees.

Ford recommended she meet with NRCS and find out about how Environmental Quality Incentives Program (EQIP) and Conservation Stewardship Program (CSP) can help her. Instead of having to do it all herself, EQIP allowed her to hire out a lot of the work, something she would not have been able to do financially before, while providing her with the technical assistance to be successful.

Kershaw County District Conservationist Angel Smith has worked with Briggs for the past several years. She said finds the experience really gratifying.

“When I work with people like her, and on resource concerns like these, it reminds me of why I do this,” said Angel Smith, Kershaw District Conservationist. “She is an amazing person, and I’ve never met someone so diligent, so proactive, with such a strong ethic and it’s wonderful to see her achieve her goals.”

Briggs, now in her 80s, still loves to work the land. She hand sprays, walks the 100-plus acres, and continues to manage longleaf stands.

“I'd like to say that I think without NRCS programs there are many people who would not have become farmers because it's something that you can't always do on your own by yourself,” Briggs said. “It's not only labor intensive but it's also technically and financially difficult to so without these programs (EQIP, CSP) I'm not sure I could do it.”

To find out how more about our programs, contact your local field office. 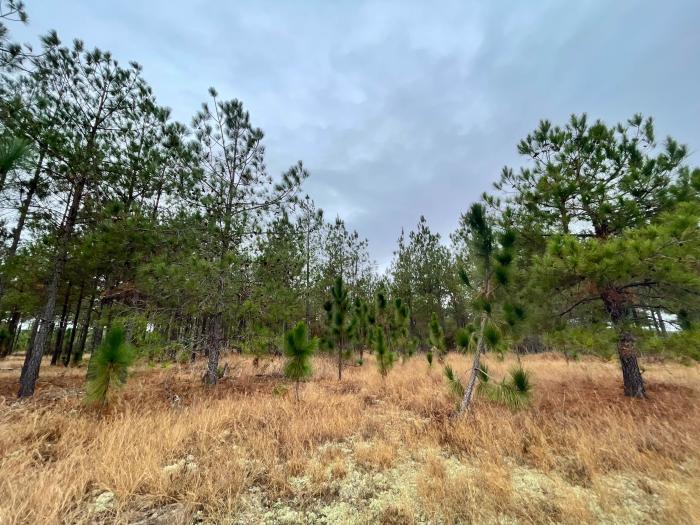