On a bright and sunny day in late June, Berry Goods Farm is brimming with life. Squashes and berries grow in an open field, while dinosaur kale, cucumbers, tomatoes and more fill a high tunnel on the small farm located in Morristown, Indiana. 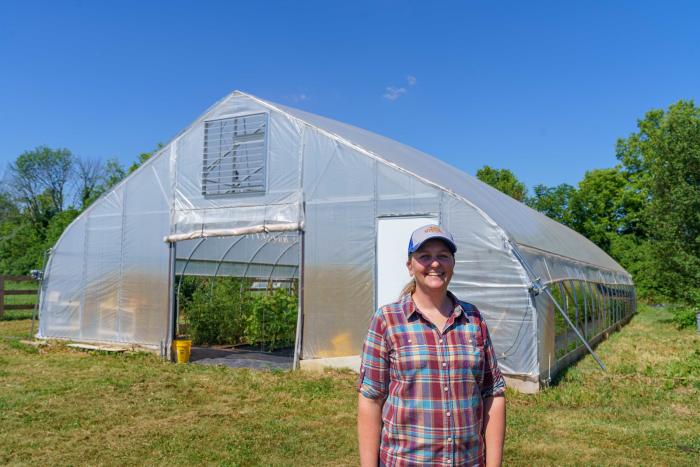 Dogs race from the house to the barn and back, as the woman at the center of it all walks through the fruits of her labor dressed in a red and blue plaid shirt and a baseball cap with her farm’s logo. The full blistering heat of summer won’t arrive for a few more weeks, but even on days when the temperature creeps toward triple digits or plunges into single digits, work never really stops on the farm. There are chickens to be fed, plants to be harvested and the daily need to manage a business that grows with each passing year.

The flurry of activity takes place on 16 acres of former hay field that is now known as Berry Goods Farm. Amy Surburg spent the last 16 years since she purchased the land transforming the field into a diverse farm and flourishing business.

Her grandfather had been a farmer and growing up her mom had always had a big garden, so when Surburg started looking for a way to supplement her family’s income, while also staying home with her children, farming stood out as the best option. And, when trying to decide which crop to grow, Surburg turned to a childhood memory as her inspiration.

“I had memories of going to a strawberry farm when I was a kid and picking berries and I just love doing that,” she said. “So, I thought, well, I'm going to try and grow strawberries.” 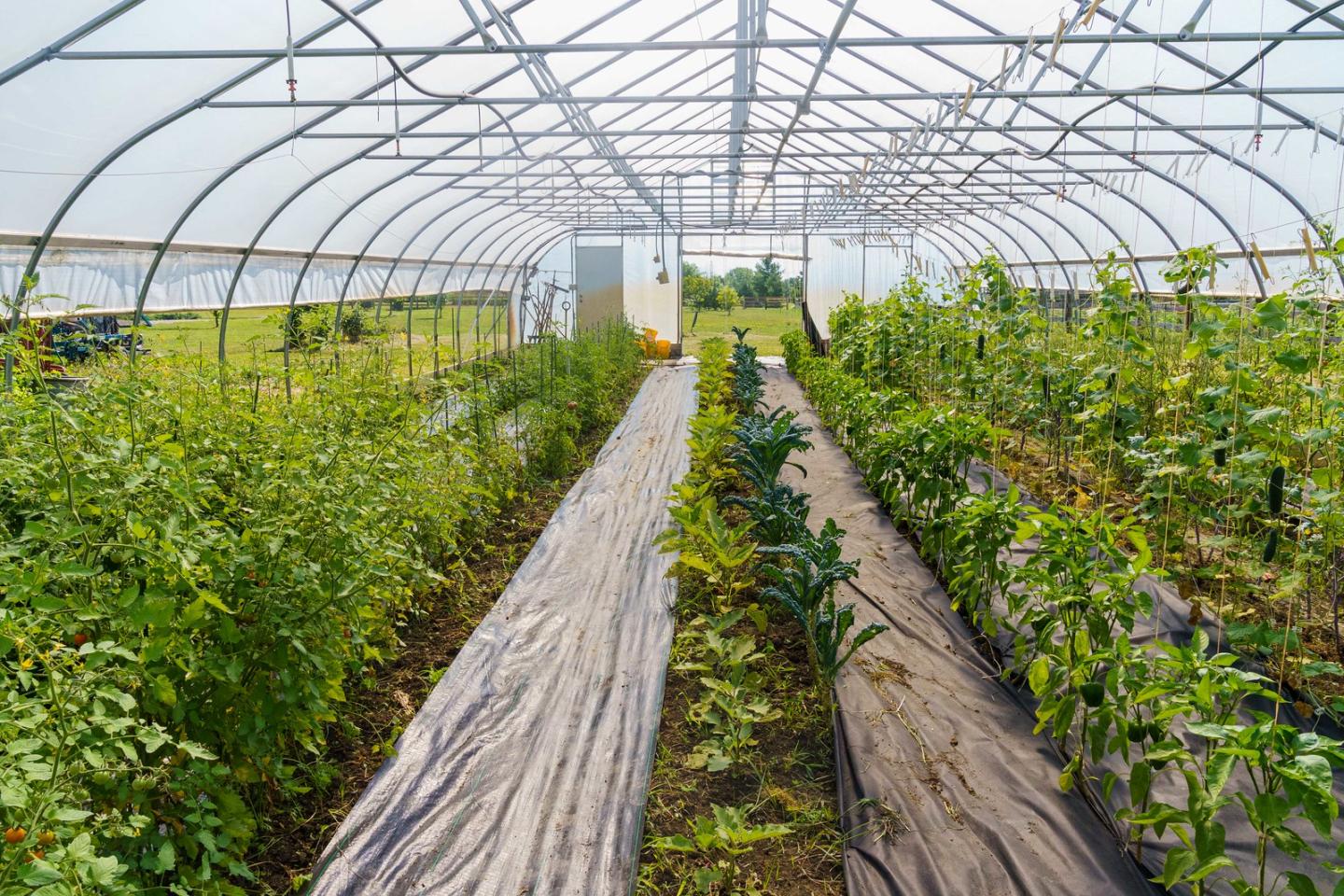 A decade and a half later, and three years into what she would consider true “production scale” farming, the berries remain, but they are a small part of the operation. For the 2022 growing season the farm included two acres of vegetables, between an eighth and a quarter acre of strawberries, and chickens.

The chickens have played an important role since the beginning as income, fertilizer and also as a way to help transform the hay field into a vegetable farm. The pasture chickens, which she raises mostly for their eggs, were initially raised in the former hay field inside small pens that were movable by hand. They helped to eat away the remnants of the hay field and also provided an initial fertilizer boost prior to vegetable production. Surburg has since upgraded her pens to be maneuvered via tractor, but by using a rotation where the chickens and strawberries switch fields each year, she is continuing to build her soil health. 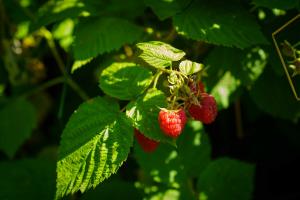 “It's been fun in some ways,” Surburg said of growing the farm. “It's exciting when you get that crop in and it looks good. But it's also stressful because, especially the last couple of years with COVID, there were so many changes and trying to figure out how to scale up with your labor and still be able to cover costs.”

One of the major ways she’s scaled up in recent years was by turning to USDA’s Natural Resources Conservation Service (NRCS) for financial assistance to build a high tunnel. The tunnel, which she built in 2019, makes it possible for her to grow produce on the farm year-round instead of just April through October, the typical growing season in Indiana. The extra months of growing enable her to participate in the winter farmers’ market, creating additional cash-flow on the farm and building a more consistent customer base.

“I don't have to go back and every spring, try and get people to remember that I'm there,” Surburg said. “They are still coming to me because they've been there all winter long getting my lettuce and then they come and get my crops in the summer.” 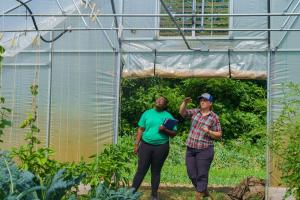 Surburg first heard about the NRCS through connections she made in Purdue’s master gardener program. A Purdue Extension educator she met through the program connected her with their small farms conference and also the Hoosier Harvest Market Cooperative where she met other farmers who had worked with NRCS in the past.

In 2018, she decided to follow in their footsteps and apply for NRCS’ Environmental Quality Incentives Program (EQIP) for assistance building her high tunnel. Through EQIP, NRCS provides financial and technical assistance to farmers to help them address natural resource concerns on their land related to soil health, water and air quality and wildlife habitat as well as implement climate-smart agricultural practices. EQIP helps farmers like Surburg by offsetting part of the cost associated with purchasing a high tunnel as long as they follow the terms of the contract which includes planting directly into the soil profile and not in pots or on shelves.

“It's been a huge impact. I would say that that space inside the high tunnel is my most profitable space on the farm, and it easily helps with the cash flow year-round,” Surburg said. “It was a pretty big investment. It would have taken me probably another three to five years to build up enough profits out of the field to be able to get to the point of building a high tunnel.” 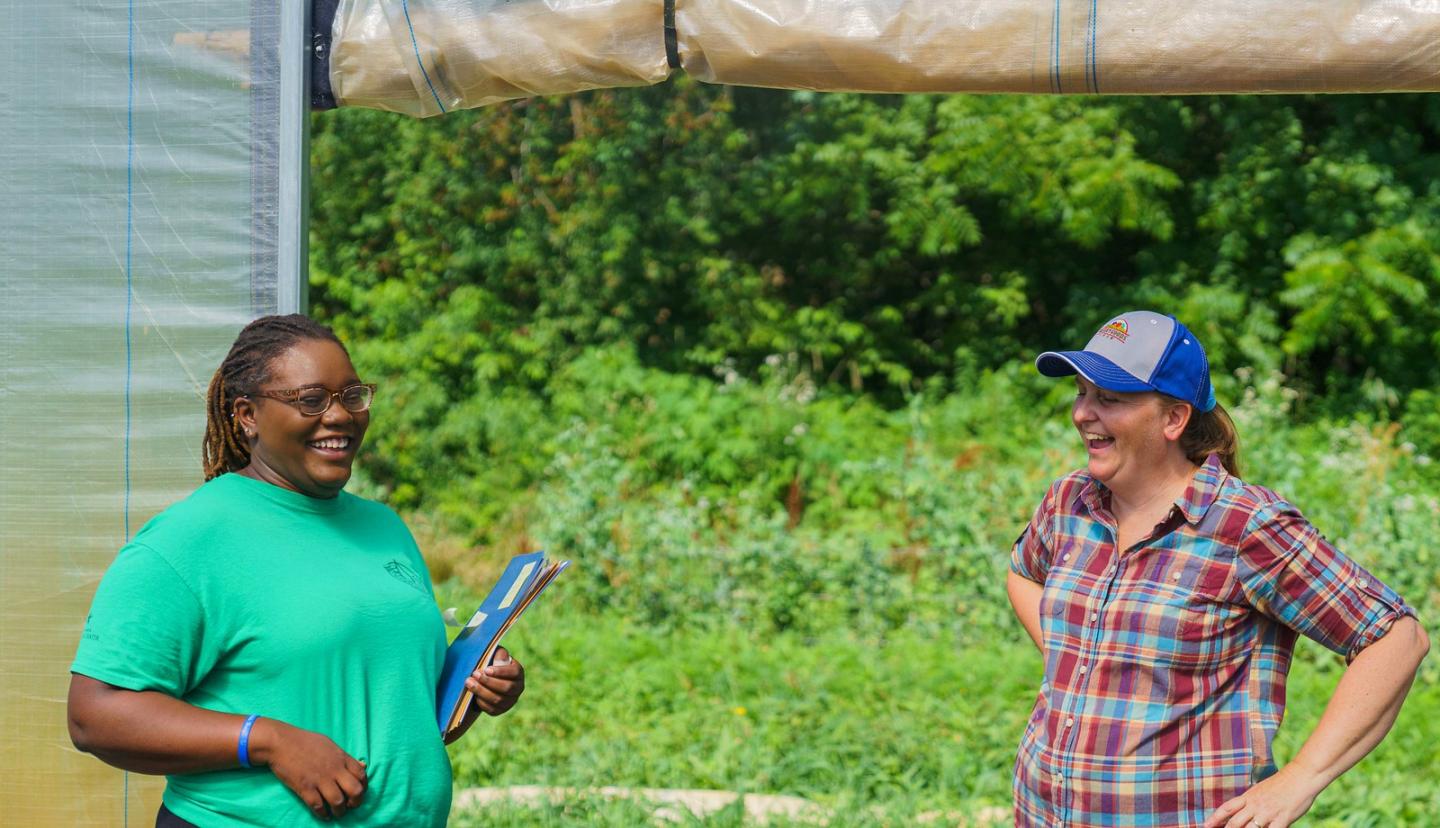 The increased income from the high tunnel has allowed Surburg to move closer to the day when, “we're done with all the startup expenses, and we're just cruising along.” As part of that process, she has worked to ensure she is building a successful foundation that will enable her crops to flourish for years to come. Along with using the chickens as natural fertilizer, she’s introduced cover crops throughout the farm to continue building the soil health and yearly soil tests show her the work is paying off through incremental gains.

The next steps include adding an irrigation system for the 2023 growing season and possibly applying for a second EQIP contract to build another high tunnel. It is all part of the plan as she works toward fully realizing her goal of building a business to supplement her family’s income and on this June day, as she walks through fields full of crops waiting to be sold and no end to the season in sight, that dream is closer than ever.