The NRCS plays a vital role in the protection of wildlife through programs and partnerships. These voluntary programs enhance the quality of life and benefit the environment

The ecoregions of South Carolina are diverse, running from the mountains to the sea. These ecoregions host a wide array of wildlife, many of which are species of state conservation concern.

When conducting conservation planning, NRCS planners must consider the needs of these and other species. NRCS planning guidance and information on these species can be found below, and you can visit the additional resources section to view documents related to wildlife conservation in South Carolina.

Like all of our conversation programs, participating with NRCS in our financial incentive programs for the restoration of wildlife habitat is completely voluntary.  Addressing wildlife habitat has many benefits for producers and wildlife alike.

To find out more, contact one of our biologists at the numbers below. Here's a look at wildlife management in South Carolina.

The Gopher Tortoise (Gopherus polyphemus) is an endangered species native to the Southeastern U.S., and four counties in South Carolina have ideal habitat for them. Through partnerships and programs, NRCS provides financial and technical assistance for the restoration of suitable habitat. 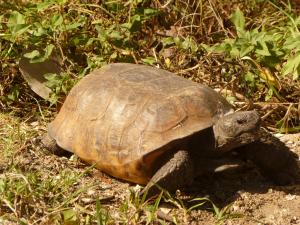 Using programs like EQIP, ACEP and CSP, landowners can help protect the species while improving the quality of their own land. Habitat restored for the gopher tortoise benefits many other species, including red cockaded woodpecker, pine snake, bobwhite quail, white-tailed deer, turkey, and gopher frogs. In total, gopher tortoise home burrows provide refuge to 50 other species.

Since 2012, landowners restored and protected more than 300,000 acres to support Gopher Tortoise goals through Working Lands for Wildlife.

Feral Swine (Sus scrofa) are a destructive force in much of the southern US, including South Carolina. Their estimated impact on crops and livestock is well over 1.5 billion per year. 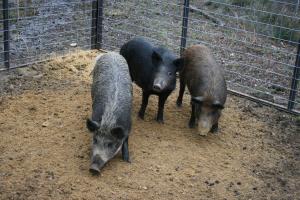 Working in partnership with APHIS, Clemson Extension Services, Local Soil and Water Conservation Districts, and SC Division of Natural Resources, NRCS is working to eradicate this nuisance through trapping and removing them. The 2018 Farm Bill provides $75 million for the Feral Swine Eradication and Control Pilot Program. NRCS awarded more than $1.4 million for three pilot projects in South Carolina.

The Farm Bill will provide funding for the restoration of participating damaged lands once the population is under control.

The Venus Flytrap, often seen only in movies, thrives on the edges of elliptical wetlands known as Carolina bays. The plant exists in the wild in only a few places in the world, all of which are located within a 60-mile radius of Wilmington, North Carolina. The Venus Flytrap (Dionaea muscipula) is Federally-listed as an at-risk species and is under status review by the US Fish and Wildlife Service (USFWS) for potential listing as a Threatened or Endangered Species.

Using an NRCS Wetland Reserve Program Easement, the Venus Flytrap Champions, partnered with the US Fish and Wildlife Service, South Carolina Department of Natural Resources, the Longleaf Alliance, the American Forest Foundation, and others to protect and maintain one of the few plots of lands where the plant still grows in its native region.

Easements are a conservation tool that assists landowners with conservation objectives. Easements allow the land to remain in private ownership, while protecting and propagating native species of concern. 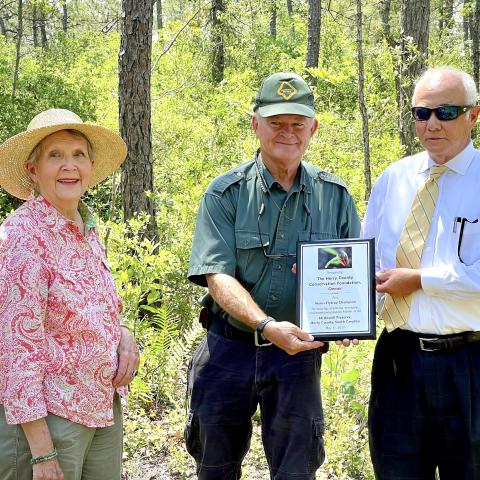 Rare Venus Flytrap Has Brighter Future Because of Easements 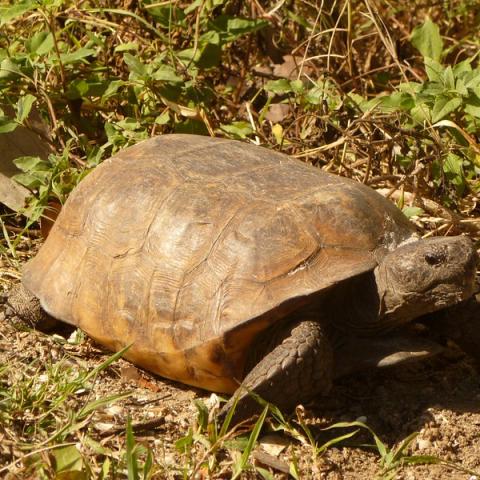