Early westerners realized the ties between the size of the winter snowpack in the high mountain ranges -- Rockies, Cascades, Sierra Nevada -- and their summer water supply.

Some attempts to measure the snow and predict runoff had been made in the East as early as 1834, but it wasn't until 1906 that a systematic survey was undertaken in the West. Dr. James Church, a classics professor at the University of Nevada in Reno, made surveys on Mt. Rose in the Sierra Nevada. He developed measuring equipment and sampling techniques that led to the first water supply forecasts. 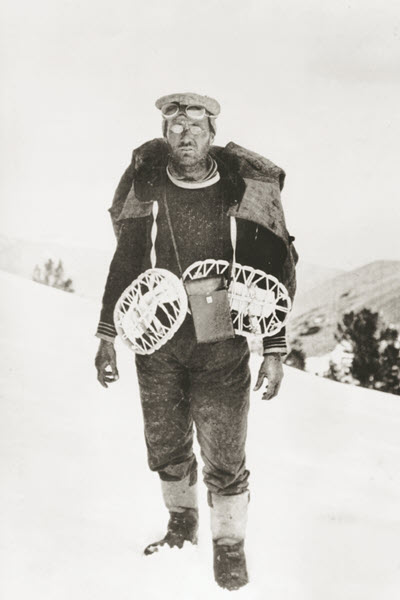 Success in Nevada soon spread to other states and agencies. The next three decades saw a proliferation of snow survey activities across the West. In some states, independent power or irrigation companies spearheaded the surveys; in other states, universities or state engineers were in charge. By 1934, at least nine independent snow surveys were being conducted in the western U.S.

In 1934, a particularly severe drought resulted in farmers demanding better predictions of the streamflows available for growing crops. Others who counted on water for industry, power generation, and domestic use echoed this request. Federal leadership of snow survey activities came as a result of this unprecedented drought. 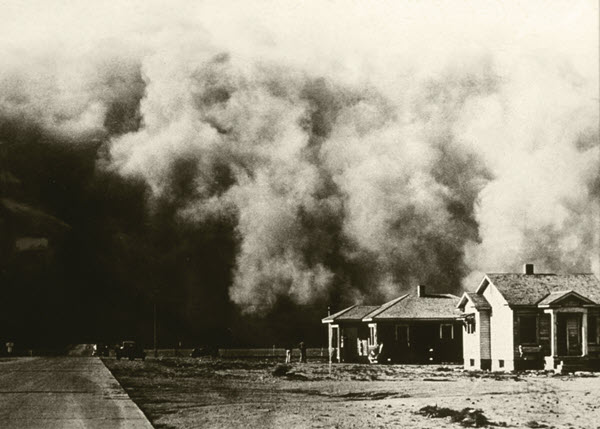 A severe drought in the Great Plains, beginning in 1931, resulted in Federal leadership of snow survey activities. In this photo, a "Black Blizzard" (dust storm) rolls through a small town in Oklahoma (1934).

Congress responded in 1935 by passing legislation creating a federal snow survey and water supply forecasting program under the direction of the Bureau of Agricultural Engineering in the Department of Agriculture. In 1939, the bureau was transferred to the Soil Conservation Service (SCS); this agency, now known as the Natural Resources Conservation Service (NRCS), continues to direct a cooperative federal, state, and private snow survey program.

Historically, manual surveys similar to those initiated by Dr. Church and performed by teams of trained surveyors, have been the backbone of the measurement network. With the advent of mechanized oversnow machines and aircraft, the surveyor's task was eased somewhat, but snowshoes and skis were still required to reach many remote sites. 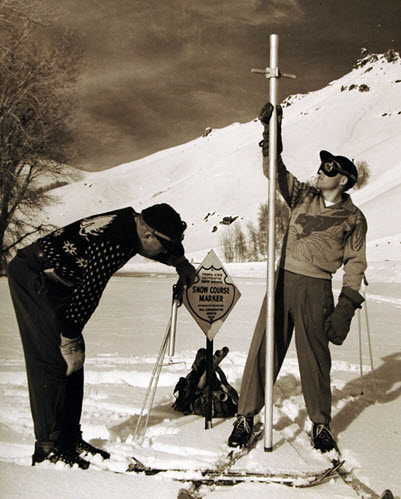 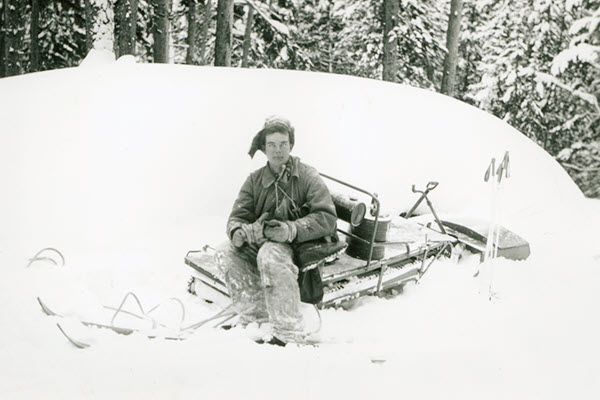 "Sno-bug" trip, 1949. A predecessor to the snowmobile, sno-bugs were developed by Montana State University in the mid-1940s to facilitate oversnow travel to remote locations. 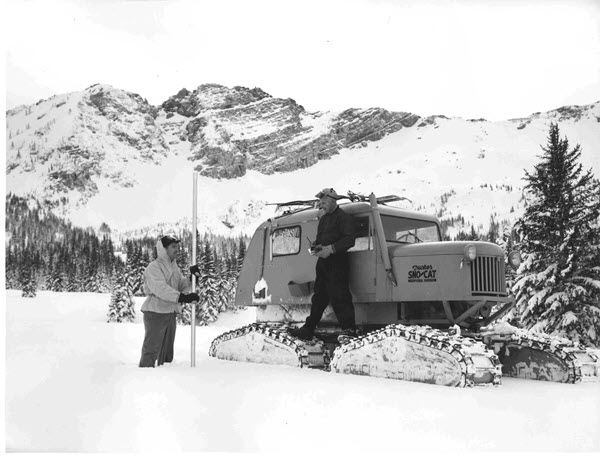 By the 1950s, Sno-Cats were the preferred means to reach remote survey locations.

The periodic measurements at snow courses and aerial markers provided insight into snowpack accumulation patterns. Forecasters used this information advantageously but realized that more frequent data were needed to improve the accuracy and timeliness of forecasts. 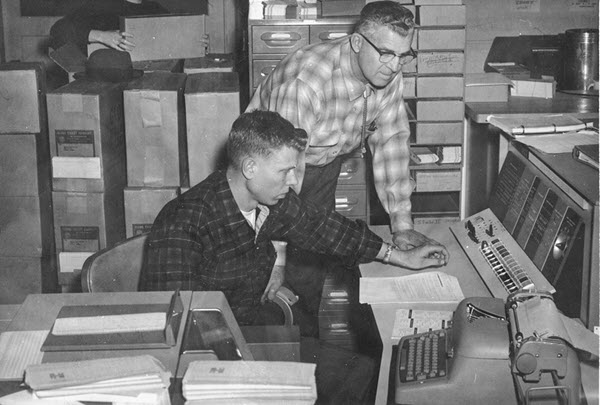 Water supply forecasting in the 1950s.

The advent of the Snow Telemetry (SNOTEL) data collection network in the 1970s allowed for snowpack and other climatic data to be collected automatically in near-real time. The subsequent development of the Soil/Climate Analysis Network (SCAN) pilot program in 1991 allowed for automated collection of soil moisture and soil temperature data for sites across the U.S. 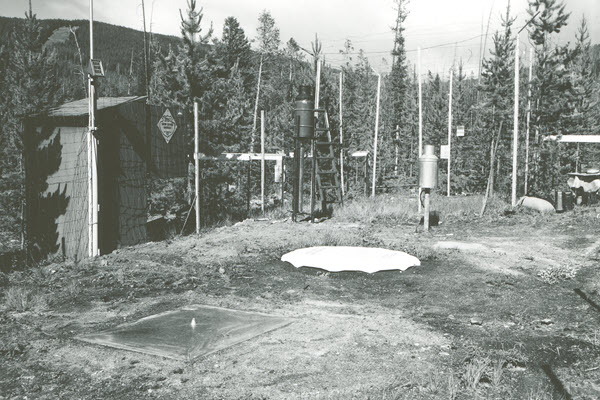 Pre-SNOTEL: Lick Creek snow pillow site in Montana, 1968. The snow pillow is attached to a data logger in the shelter. Surveyors had to manually retrieve the data from the site. The Lick Creek site is now part of the SNOTEL network.

Throughout the history of the Snow Survey and Water Supply Forecasting Program various methods of remote data acquisition have been used, including conventional line-of-sight radio, satellite-based, meteor burst, and cellular telemetries. 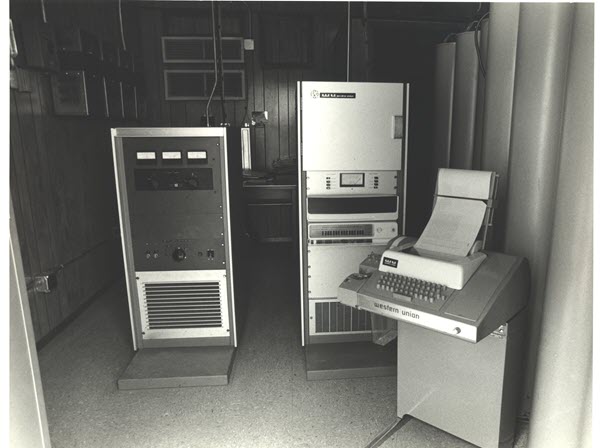 Snow Survey Transportation Through the Years