The Felege Hiywot Center teaches students in Indianapolis about agriculture while giving back to their community.

Aster Bekele just wanted to teach students in Indianapolis, Indiana about science. During her 26 years working at Eli Lilly, a pharmaceutical company headquartered in Indianapolis, she had tried various ways of teaching with little success.

First, they tried doing lunch time classes where they would teach the students and do an experiment. When that didn’t work, she tried teaching students both during the school day and after school, figuring what they needed was more time. But still, she found the students to be bored and uninterested in the topics.
Then, one of the students she had been struggling to reach presented Bekele with an idea that would change everything for her, the youth she’d been working with and the community she has called home since 1973.

“I was ready to give up,” Bekele said. “I'd tried everything. I really thought everything I was doing was fun science, so what was the problem. This girl just raised her hand and said, 'Can we plant flowers?' Oh my God, the light went on. It was just like somebody hit me on the head.” 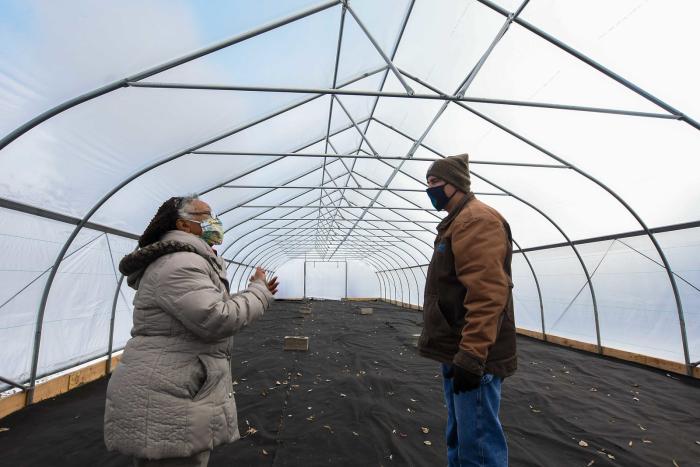 Bekele, who immigrated to the United States from Ethiopia in 1973 to attend college, knew nothing about plants, but if that was how the students wanted to learn about science, she was determined to turn the idea into a reality. She enlisted the help of biologists and plant scientists from Eli Lilly and began planting flowers with the students at Indianapolis Public School No. 74.

In 2003 that idea expanded into a 20x20 garden planted on a lot off of 17th Street in Indianapolis and she hasn’t stopped planting since. Seventeen years later, that original garden has grown to become the Felege Hiywot Center, which teaches urban farming and environmental conservation through its youth farming initiative. Much of the work is still done by students as the operation has grown from the one small planting area to multiple gardens and an orchard spread throughout the neighborhood.

“When the flowers started (growing) it was like life for them,” Bekele said. “They would jump up and down. It didn't matter how many times they’ve planted a seed. Every time it grows, they want to nurture it. They want to take care of it. That's the big part of what I saw. ‘The excitement with this is mine, it is growing and I'm taking care of it.’”

The Felege Hiywot Center’s name is an Ethiopian phrase that means “looking for direction in life,” and to Bekele it encompasses everything they do on the farm. For the students the simple act of planting a seed and being responsible for it as it grows, gives them something they have ownership of, Bekele said. It also represents something consistent. When they don’t know where they will be sleeping from week to week or are surrounded by crime and poverty, Bekele has helped them to know that the garden will be there and the plants they are responsible for will continue to grow and provide them with food as long as they tend to them.

“For the children to be able to say ‘this is mine, I'm going watch it grow. I'm going to have to water it. I'm going care for it and then this is the food I can eat. It gives me fruits, gives me food and I can eat it.’ This whole process did something that they can really trust and watch,” Bekele said. “Thinking about tomorrow was not part of their life. So, what the plant did for them was it gave them something consistent in their life. It's not going to be changing every day.”

Although the original idea presented by the students was to grow flowers, the farm has grown to encompass much more than that. Bekele said they have become known in the neighborhood as the place to go if you need greens. They also grow tomatoes, peppers, okra and more.

Along with the initial help from Eli Lilly scientists who taught her the basics of planting, Bekele turned to Purdue University’s Extension Service early on for help with farming and how to grow food. From there, she was connected with her local soil and water conservation district as well as the USDA’s Natural Resources Conservation Service, which has provided her with technical advice over the years. 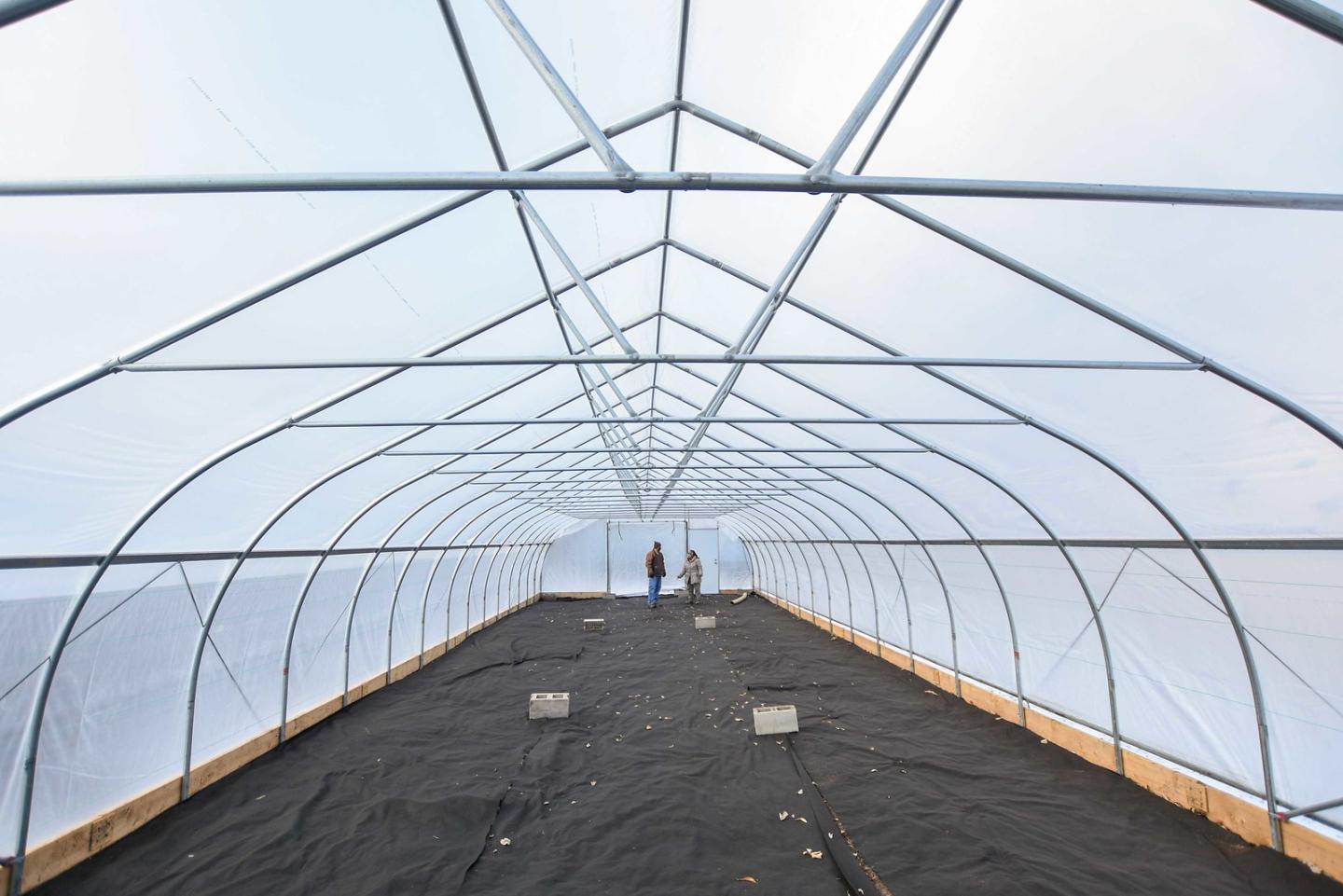 With help from NRCS’ district conservationist Jerod Chew and the Marion County SWCD’s urban soil health specialist Kevin Allison, Bekele established practices such as using cover crops on her raised beds during the summer and yearly soil tests on the center’s planting areas.

Then in 2018, she applied for funding through the NRCS’ Environmental Quality Incentives Program (EQIP) to build a high tunnel at the center’s main location. The high tunnel was constructed in November and will be planted for the first time this spring. It will allow the Felege Hiywot Center to grow food nearly year-round.

For almost two decades Bekele has worked to infuse science education into everything they do on the farm and the high tunnel will soon provide another educational opportunity for the students at the center. The students will work together to plan the rows, study which crops grow best in different weather conditions and continue to learn new farming techniques.

“We want to be able to do this throughout the year so the students can consistently work,” Bekele said. “It is going to constantly provide the vegetables to the community, jobs, and the students will be off the street. Whatever the weather, they will be able to work here.”

Historically Underserved producers may be eligible for the advance payment option as well as targeted funding pools and priority consideration when applying for assistance.