“Soil and water are inseparable; they are the foundation for all other conservation programs. Productive land is our greatest resource, without it we are nothing. If it is to feed, house and provide a place for both underground and surface water storage, and a habitat for wildlife, and a place for recreational facilities, then each acre of it must be managed within its capabilities and treated according to its needs.”

The Lake Bennett Watershed project, in northeast Faulkner County, was the first project in the United States built to scientifically study the effects of water run-off, silt and erosion control from a specific watershed.

The experiment included building a lake and erosion control structures within the watershed to test if erosion could be controlled.

After four years of construction, Lake Bennett opened in 1939. The narrow valley was ideal for a small earthen dam and is at the base of the 35,000 acre watershed.

Small erosion control structures were designed to slow the runoff and allow soil to filter out and stay on the hillsides, leaving clear water to flow into the 40-acre lake. The dam was designed to catch the water and stop it from pouring into the valley and washing away the topsoil.

The lake was named after Dr. Hugh Hammond Bennett, the first chief of the Soil Conservation Service (now NRCS). Bennett began his career in agriculture in 1903. Eventually he saw how soil erosion was taking a destructive toll on American farmland and, he believed, if left unchecked, would impair the nation’s ability to produce food.

During a record rainfall event on April 30, 2017, floodwaters scoured several large holes in the downstream face of the dam. The dam is still fully functioning; however, the downstream slope must be repaired. In October 2018, an Emergency Watershed Protection Program (EWP) funded project to rebuild the dam to a stable and pre-disaster condition was completed. 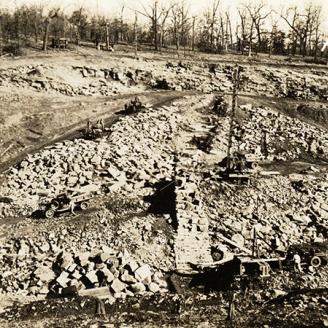 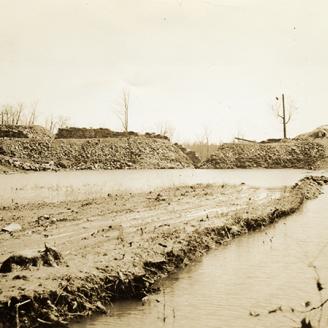 Dam construction at Lake Bennett - above dam looking down. 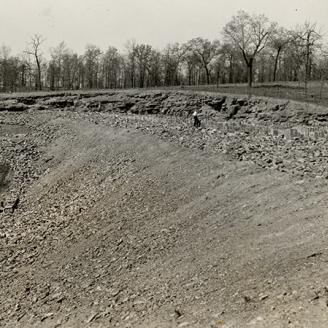 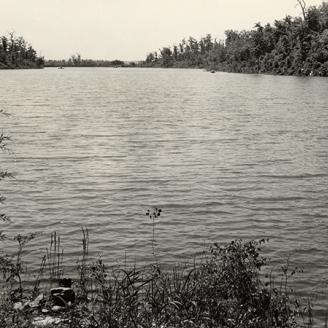 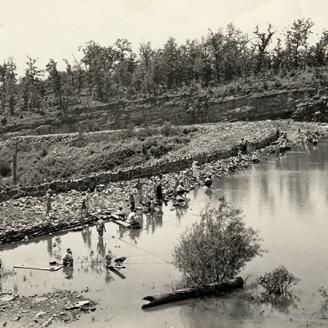 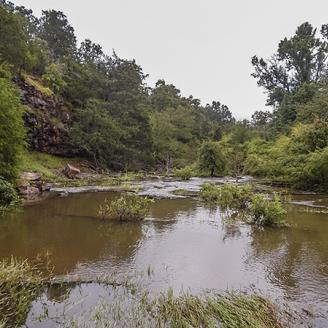 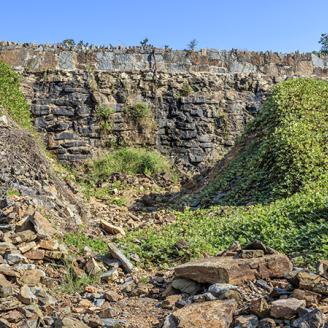 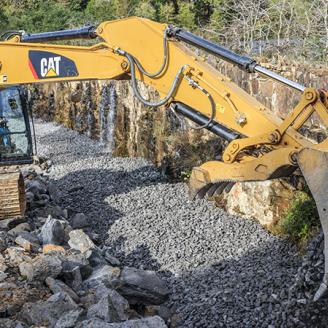